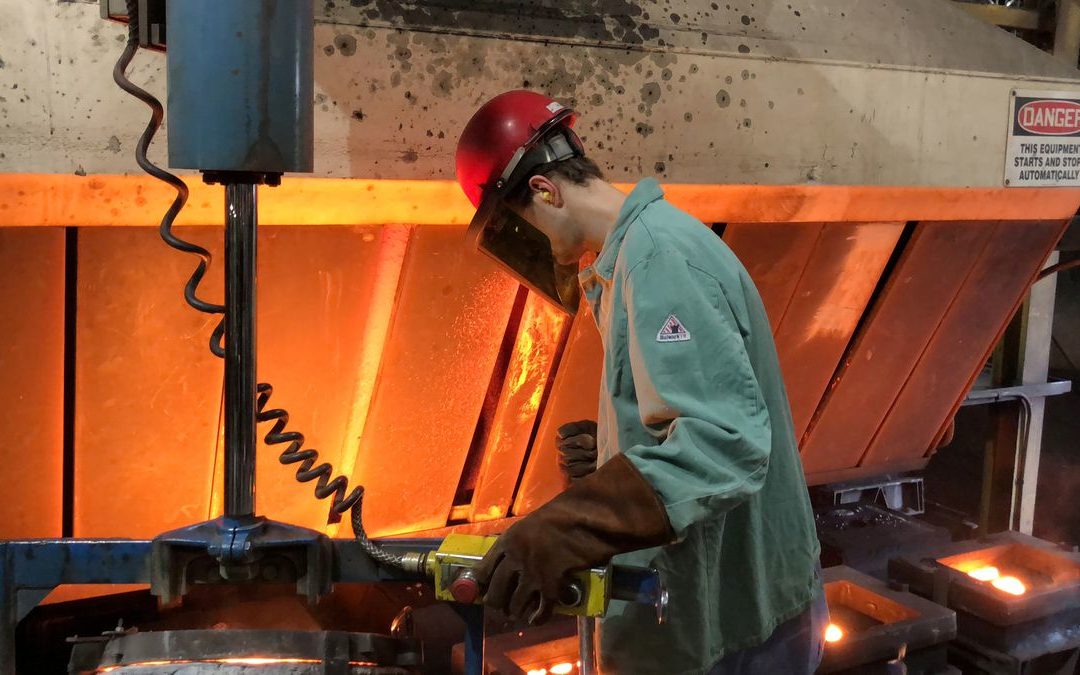 The pandemic, now in its second year, has severely disrupted supply chains. The ISM noted that “companies and suppliers continue to struggle to meet increasing rates of demand due to coronavirus impacts limiting availability of parts and materials.” It cautioned that worker absenteeism, short-term shutdowns due to part shortages and difficulties in filling open positions could limit manufacturing’s growth potential.

“Manufacturing is struggling to keep up with roaring demand,” said Will Compernolle, a senior economist at FHN Financial in New York.

The ISM’s index of national factory activity fell to a reading of 60.7 last month after surging to 64.7 in March, which was the highest level since December 1983. A reading above 50 indicates expansion in manufacturing, which accounts for 11.9% of the U.S. economy. Economists polled by Reuters had forecast the index edging up to 65 in April.

The White House’s massive $1.9 trillion pandemic relief package and the expansion of the COVID-19 vaccination program to all adult Americans have led to a boom in demand, which is pushing against supply constraints. Federal Reserve Chair Jerome Powell said last week the U.S. central bank expected the bottlenecks would be resolved as workers and businesses adapted and “we think of them as not calling for a change in monetary policy.”

Inventories at factories and customers are extremely lean, which should keep production humming.

“There is little reason to think conditions are softening,” said Joel Naroff, chief economist at Naroff Economics in Holland, Pennsylvania.

All 18 manufacturing industries continued to expand in April, with furniture manufacturers reporting that “market capacity in most areas is oversold” and expected that “demand will continue to strengthen, leading to more significant disruptions.” In the plastics and rubber products sector lead times were the longest in 35 years for some factories.

Manufacturers also complained about steel prices, which makers of fabricated metal products described as “crazy high.” Imported steel prices have been boosted by tariffs imposed by former President Donald Trump to protect domestic industries from what he said was unfair competition.

Electrical equipment, appliances and components manufacturers reported “it’s getting much more difficult to supply production with materials that are made with copper or steel,” noting “lots of work on the floor.”

In the automobile industry, a global semiconductor chip shortage has forced cuts in production. Ford Motor Co (F.N) said last week the scarcity of chips slashed production in half in its second quarter. Technology companies are also feeling the heat. Apple (AAPL.O) warned last week that the chip shortage could dent iPads and Mac sales by several billion dollars.

Demand for goods like motor vehicles and electronics has surged during the pandemic as Americans shunned public transportation and millions worked from home and took classes remotely. Robust consumer spending helped to lift gross domestic product growth at a 6.4% annualized rate in the first quarter.

Most economists expect double-digit GDP growth this quarter, which would position the economy to achieve growth of at least 7%, which would be the fastest since 1984. The economy contracted 3.5% in 2020, its worst performance in 74 years.

The ISM survey’s measure of prices paid by manufacturers rose last month to the highest reading since July 2008, when the economy was in the midst of the Great Recession. That bolsters expectations for higher inflation this year.

“Yet unlike in 2008, demand is far from wavering,” said Tim Quinlan, a senior economist at Wells Fargo in Charlotte, North Carolina. “That has put manufacturers in a better position to pass on costs than see their margins squeezed.”

The survey’s forward-looking new orders sub-index dropped to 64.3 after racing to 68.0 in March, which was the highest reading since January 2004.

The survey’s manufacturing employment gauge fell to 55.1 after shooting up to 59.6 in March, which was the highest reading since February 2018. The index was well below the 61.5 forecast in the Reuters poll, with the slowdown in hiring probably due to a scarcity of workers.

Companies across many industries are struggling to find workers, even as employment is 8.4 million jobs below its peak in February 2020. The worker shortage could hurt expectations for another month of blockbuster job growth in April.

According to an early Reuters survey of economists, nonfarm payrolls likely increased by 980,000 jobs last month after rising by 916,000 in March. The government is due to publish April’s employment report on Friday.

A separate report on Monday from the Commerce Department showed construction spending gained 0.2% in March after falling 0.6% in February. read more