After 90 years of polystyrene, what lies ahead? 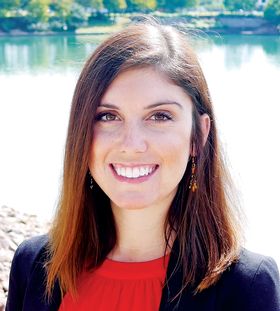 It has been 90 years since the first ready-to-use polystyrene was invented. Throughout its existence, polystyrene has enabled innovations in industries including health care, construction, food packaging and more. But what developments still lie ahead in the next 90 years for this indispensable material?

A German pharmacist, Eduard Simon, first unknowingly discovered polystyrene as early as 1839 by isolating a substance from the bark of a styrax tree that he called styrene (German: Styrol). The road to the production of polystyrene was paved in the years 1929 and 1930 through patents and perfecting recipes. In 1931, earlier challenges were overcome by introducing the first ready-to-use polystyrene — or “Polystyrene II,” as it was initially called — produced by degassing volatile components in a vacuum. Later enhancements of the production process resulted in improved material at a higher degree of polymerization: “Polystyrene III” and “Polystyrene IV.”

Today’s styrenics industry leaders like Ineos Styrolution are working alongside leading recycling technology providers to close the loop and create a circular economy for plastics, including polystyrene. Contrary to popular belief, polystyrene is one of the best sortable plastics, and it continues to show promising results in first life cycle assessments. Its simple molecular properties hone unique signaling capabilities that allow for easy and extremely precise sorting.

Explorations in the recyclability of polystyrene have confirmed it can be recycled via a wide range of recycling technologies, including traditional mechanical recycling and advanced recycling methods, such as depolymerization and gasification. These techniques allow us to take the “single” out of “single-use.” In fact, polystyrene has many inherently sustainable properties, which enable it to play a substantial role in designing products for recycling or sustainability.

For instance, polystyrene’s material strength and barrier properties often allow it to be used as a single layer in applications such as food packaging. This single layer design means the elimination of multiple material layers that cannot be adequately separated during the recycling process. It also often means less material overall is used to create each package in the first place.

While innovations have led to excellent advancements in plastic recycling, to implement this on a larger, national scale, actions are needed to address outdated waste and recycling infrastructure systems. Many modern advances in recycling technologies have been developed in recent years and can significantly help recycling centers meet the impending boom in increased demand for recycled materials. However, due to large capital requirements for installation, these systems are not being integrated into local community collecting and sorting systems at rates consistent with the rise in demand.

The next step is for public and private organizations to collaborate by pooling knowledge and resources to ensure our recyclers are equipped with the tools they need to provide this valuable service. Indeed, plastic waste is a valuable raw material. It is in the interest of all participants in the value chain from producers, consumers and recyclers that plastic is recovered, recycled and repurposed again and again.

The next 90 years of polystyrene will most certainly include continued innovations that lead to more technological advancements. The future is undoubtedly bright for polystyrene and plastic recycling — we are thrilled to be part of this history and a leader for sustainable solutions.

Cassie Bradley is the sustainability and circular economy manager at Ineos Styrolution.