Lower prices ahead for PE, PP resins as supplies improve 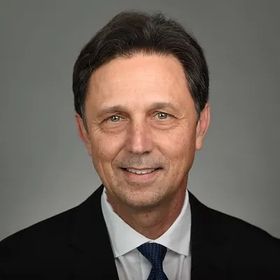 After more than a year of increases, prices for polyethylene and polypropylene resins are expected to trend downward.

Vafiadis said that COVID-19 and “epic weather events” have constrained production of PE resin and delayed new capacity from coming on. Those conditions have led to higher prices since early 2020, but the market “now appears poised for a correction,” he added.

“There are record amounts of new capacity coming on around the world, and destocking is happening as demand softens,” Vafiadis said.

The pandemic has been a PE demand driver, and supplies were impacted by two hurricanes in the second half of 2020 and a winter storm that impacted the Gulf Coast in February 2021. A record run of price increases then created record margins for PE makers in North America and other parts of the world, according to Vafiadis.

Most regional PE prices are up 43 cents so far in 2021 and 63 cents since January 2020, according to the Plastics News resin pricing chart.

IHS now projects annual global PE demand growth of 3.1 percent from 2021-25, with growth in China higher at 4.1 percent. Since the pandemic, PE demand has been strong in food packaging, hygiene, and medical and online shopping.

China’s role in the global PE market continues to increase. That nation’s share of global PE demand is expected to grow from 37 percent to 40 percent by 2025.

China also is adding huge amounts of PE capacity in order to become self-sufficient. About 18 billion pounds of capacity will be added there in 2021-22, with an additional capacity of more than 13 billion pounds set to be added in 2023-24.

In North America, about 9 billion pounds in PE capacity expansions are expected in the near future. Most recently, Gulf Coast Capital Ventures — a joint venture between ExxonMobil and Sabic — added almost 3 billion pounds of capacity in Corpus Christi, Texas.

The net result of these moves is expected to be lower PE resin prices. “Prices have peaked and are ready to decline because of new capacity and the resolution of storm outages,” Vafiadis said. “They’ll be mitigated somewhat by higher energy prices, but [PE] prices are at or near cyclical peaks in all regions.”

The North American PP resin market is seeing a similar situation, Morales said, as it moves from being tight to well-supplied. “Demand has been stellar, but it’s slowing,” he added.

PP resin prices “are expected to decline with improving supplies,” Morales said. “But the long term favors sellers, because of strong demand and because shipping costs insulate Western markets.”

PP prices are up a net of 76.5 cents since December, according to Plastics News data.

Global PP demand growth is projected at 4.7 percent from 2021-25, matching its growth rate of the previous five-year period. Recent PP demand drivers include medical applications, packaging and caps and closures, including living-hinge uses.

“Demand is still growing in spite of problems with sustainability,” Morales said.

Also as with PE, major amounts of PP capacity are being added in China. Expansions there are expected to top 34 billion pounds from 2021-24.

Imports now account for 10-12 percent of North American resin demand, a number that Morales said could be higher if not for the high shipping costs of the current supply chain crisis. That amount is expected to decrease during 2022.