There Is No Shortage of Reasons for the Broken Supply Chain 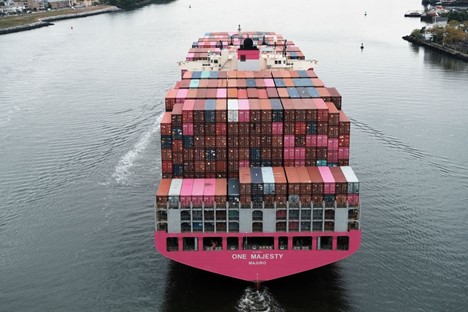 A combination of Covid and bad luck has contributed to a complex mess that has no parallel in recent economic history.

As for the good news? It is at least becoming possible to piece together a story of how this all has come to pass.

Most fundamentally, some key nerve centers of the world economy have been hit by a mix of Covid and bad luck, especially in the latter part of this year. Transportation, energy, and high-quality semiconductor chips all are experiencing big problems at the same time, for reasons which are distinct yet broadly related.

Start with transportation. While some Chinese ports have been dormant or operating at reduced capacity because of Covid, that is hardly the only issue. A robust trade in durable goods has placed great strain on containers, ships, and port operations around the world. The price of containers has skyrocketed and can be more than 10 times higher than it was just two years ago. In short, a lot of international trade has slowed considerably, plus some of it no longer is profitable.

In some cases, transport-related services are being rationed, as prices are being kept down — maybe to avoid alienating loyal buyers, or maybe because the sellers are not sure if the current demand shocks are permanent. Again, the net result is that a lot of trade simply isn’t happening in a timely manner.

Many suppliers require internationally traded components to finish the production and distribution of their goods and services. They are now stuck.

Furthermore, a lot of port activity and related local transportation is labor-intensive. Many parts of the world are facing labor shortages, as people are not sure how to reconfigure their post-Covid work futures, or in some cases, government benefits may be keeping them from working. That adds further delays to trade networks.

A typical market response might be to produce more containers (it’s harder, and slower, to increase the number of ships or ports). But that would require precisely the trade and transport networks that are currently malfunctioning.

As this entire process has proceeded, inventories have been run down, meaning the global economy has far less slack.

Then there are the world’s energy problems, which have deeper roots. Many countries have sought to move to greener energy supplies, but without first having sufficient alternatives in place. Japan and Germany decided to abandon their previous nuclear power commitments, and more recently China has seen power shortages.

Global energy networks seemed to be working OK a year ago, but as the recovery has proceeded the supply of natural gas has not been sufficient to meet the new demand. Gas production and exploration were turned down in the earlier stages of the pandemic, and the recovery has been stronger and more rapid than the energy sector had anticipated. In the U.K., natural gas prices have surged 700% over the last year, while Europe faces the risk of not having enough energy supplies for the coming winter.

Of course, energy is a significant input into the production of many other goods and services. So this creates another set of ripple effects. And if networks for energy and international trade are not working well, many other parts of the economy will be malfunctioning.

A further problem area is high-quality computer chips. The global economy was already far too dependent upon two countries for supply — Taiwan and South Korea. Then three things happened: Chip factories closed during lockdowns, a series of unlucky natural disasters hurt chip supply, and chip demand surged with increased consumer demand for durable goods such as cars and appliances. At current margins, automobile production is seriously constrained by available chip supply, which is one reason new and used car prices remain so high.

So on one side of the equation are trade delays, input delays, higher trade and transport costs, much higher energy prices, and chip shortages. On the other side are American and European consumers, who saved enormous amounts of money during 2020 and early 2021 and are now spending it.

This combination has fueled price inflation. The demand is hitting the market, and the supply can’t catch up. And it’s not just one problem that has an easy, direct fix, but rather a series of interlocking paths of economic chaos and delay.

These problems with the supply chain will eventually straighten themselves out, even if no one can say exactly when. In the meantime, suppliers and distributors — as well as consumers — can perhaps take some small consolation that they are navigating, and hopefully persevering, through a complex mess that has no close parallel in recent history.