LOCKDOWN OF VITAL NINGBO PORT DUE TO COVID-19 OUTBREAK 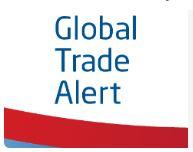 Chinese authorities announced a lockdown due to positive COVID infections in Ningbo affecting the supply chain. The district of Beilun in Ningbo is on partial lockdown following the discovery of coronavirus cases on Saturday. A partial lockdown of Ningbo city in East China’s Zhejiang Province, home to the world’s largest port, has already led to problems like fewer drivers and trucks as well as impacts to container availability and LCL CFS operations. Timeframe of the lockdown is unknown, but based on previous experience, the expectation is two weeks.

Port operation is normal. Containers can gate in the terminal, but empty containers are not allowed to be picked up from blocked container depots. Some CFS warehouses located in the blocked area were closed due to prohibited entry workers and trucks. Cargo currently in these affected warehouses will be held until further notice. . For warehouses located in unblocked areas, container loading is allowed for cargo existing in the warehouse only. Therefore, all new LCL shipments will be kept on hold or will need to be moved to another Port.

For FCL, the main problems are empty container pick up as well as returning full containers after loading in factories. The main problem is that drivers need a special permit to leave Beilun after picking up of an empty container. Two negative COVID tests are needed to apply for the special permit.  Even if some of the drivers receive this permit, there will still be a shortage of drivers since many of them live in Beilun and are under quarantine for 14 days. Another issue is that the factories outside of Ningbo still are unable to let Ningbo truckers enter their city. The Zhejiang province is trying to issue a special policy with other cities allowing truckers from Ningbo, but this policy is still under review.

With the Chinese New Year right around the corner, factories will close in mid-January leaving many shipments on hold or unable to ship before the holiday. We may see carriers canceling more sailings due to this situation. Therefore, shippers are requesting to move their shipments from Shanghai port.

The Ningbo port authority is working with the government for a special policy to ensure normal processing for container trucks to gate into the terminal, but it may be difficult.