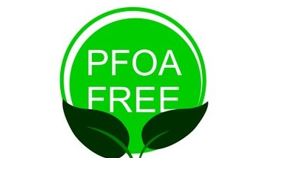 On January 10, 2022, the EPA submitted a plan for a PFAS Superfund designation to the White House Office of Management and Budget (OMB) when it indicated an intent to designate two legacy PFAS – PFOA and PFOS – as “hazardous substances” under the Comprehensive Environmental Response, Compensation & Liability Act (CERCLA, also known as the Superfund law). The EPA previously stated its intent to make the proposed designation by March 2022 when it introduced its PFAS Roadmap in October 2021; however, critics argued that the EPA had said for years that it would take this step, but never did. Now, under the regulatory procedures in place, the OMB must make any opposition to the EPA’s proposal within 90 days. If it does not, the EPA will introduce the designation into the Federal Register for public comment, keeping it on track for a final rule designation by 2023.

As we have predicted many times previously, the “hazardous substance” designation under CERCLA will have enormous financial impacts on companies with any sort of legacy or current PFOA and PFOS pollution concerns. Insurers, investment firms, and private equity alike must pay attention to this change in law when considering their respective interests in corporations.

Once a substance is classified as a “hazardous substance” under CERCLA, the EPA can force parties that it deems to be polluters to either cleanup the polluted site or reimburse the EPA for the full remediation of the contaminated site. Without a PFAS Superfund designation, the EPA can merely attribute blame to parties that it feels contributed to the pollution, but it has no authority to force the parties to remediate or pay costs. The designation also triggers considerable reporting requirements for companies. Currently, those reporting requirements with respect to PFAS do not exist, but they would apply to industries well beyond just PFAS manufacturers.

The downstream effects of a PFOA and PFOS designation would be massive. Companies that utilized PFOA and PFOS in their industrial or manufacturing processes and sent the PFOA/PFOS waste to landfills or otherwise discharged the chemicals into the environment will be at immediate risk for enforcement action by the EPA given the EPA’s stated intent to hold all PFAS polluters of any kind accountable. Waste management companies should be especially concerned given the large swaths of land that are utilized for landfills and the likely PFAS pollution that can be found in most landfills due to the chemicals’ prevalence in consumer goods. These site owners may be the first targeted when the PFOA/PFOS designation is made, which will lead to lawsuits filed against any company that sent waste to the landfills for contribution to the cost of cleanup that the waste management company or its insured will bear.

Also of concern to companies are the re-opener possibilities that a CERCLA designation would result in. Sites that are or were previously designated as Superfund sites will be subject to additional review for PFOA/PFOS concerns. Sites found to have PFOA/PFOS pollution can be re-opened by the EPA for investigation and remediation cost attribution to parties that the EPA finds to be responsible parties for the pollution. Whether through direct enforcement action, re-opener remediation actions, or lawsuits for contribution, the costs for site cleanup could amount to tens of millions of dollars, of course depending on the scope of pollution.

Now more than ever, the EPA is clearly on a path to regulate PFAS contamination in the country’s water, land and air. The EPA has also for the first time publicly stated when they expect such regulations to be enacted. These regulations will require states to act, as well (and some states may still enact stronger regulations than the EPA). Both the federal and the state level regulations will impact businesses and industries of many kinds, even if their contribution to drinking water contamination issues may seem on the surface to be de minimums. In states that already have PFAS drinking water standards enacted, businesses and property owners have already seen local environmental agencies scrutinize possible sources of PFAS pollution much more closely than ever before, which has resulted in unexpected costs. Beyond drinking water, though, the EPA PFAS plan shows the EPA’s desire to take regulatory action well beyond just drinking water, and companies absolutely must begin preparing now for regulatory actions that will have significant financial impacts down the road.

John Gardella is a Shareholder at CMBG3 Law in Boston, a law firm specializing in the regulatory, litigation, and compliance aspects of numerous environmental and toxic torts issues. He is a member of the firm’s PFAS Team, which counsels clients on PFAS related issues ranging from state violations to remediation litigation. Mr. Gardella has over 15 years of experience litigating environmental and toxic torts matters, including asbestos, PFAS, benzene, lead paint, mold, talc, hazardous waste and pollution matters. He is a successful trial attorney with over 75 verdicts to…