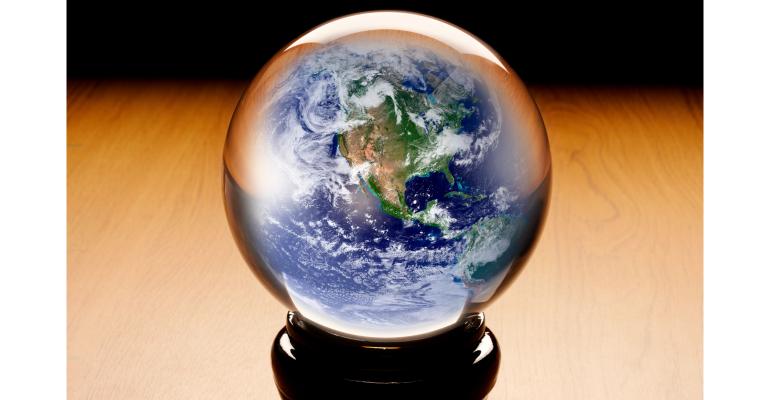 A look at what’s likely ahead triggers that déjà vu feeling. But we still have to be prepared and, in many ways, we are not.

Cereal box liners. Paper bottles. Protective ecommerce packaging. The biggest trend that I see, and my associates at SPRING (Sustainable Packaging Research, Information, and Networking Group) confirm, is the “paperization” of consumer packaging. Frankly, this is a polite way of saying that plastics are being replaced by paper, primarily because of consumer perceptions regarding the renewability and recyclability advantages of paper versus both polyolefins and PET.

There is plenty of paper available for recycling. Reduced consumer spending and ecommerce growth have led to a growing supply of available paperboard, helping to keep pricing relatively low. Per recycling expert and SPRING subject matter expert Chaz Miller, pricing for OCC (old corrugated containers) in the Northeast US is currently about $37.50 a ton vs. $172.50 a year ago.

This is probably a natural progression, given both consumer perceptions regarding plastics recyclability and waste generation; along with the inability of consumer packaged goods companies (CPGs) and the Ellen MacArthur Foundation to reach 25% packaging recyclability/recycling content goals between 2025 and 2030. But there is a potentially large problem in the making:

First, many of these packages are paper/plastic hybrids that don’t pass the recyclability test. These include paper bottles with internal plastic pouches, paper/plastic carton combinations used to produce beverage containers, flexible packaging, and liquor bottles that claim to be compostable.

None of these appear to solve any environmental problems — only consumer perception ones. In the long term, this puts them on the same trajectory as plastic containers that claim recyclability but, in reality, will never be recycled. This could be considered good news for chemical recycling advocates, as it will give them time to gear up for the opportunity to actually recycle plastic containers at scale when the cycle repeats itself.

2. The desire to trumpet compostable packaging will deteriorate.

By now, you probably know that I’ve never felt that compostable packaging has a significant role to play outside of foodservice applications and venues. The materials and packaging in question are not circular, most likely not scalable, and most likely not cost effective.

The facts are finally catching up to the fiction: (1) There is not enough home composting occurring to make even the slightest difference; (2) Industrial composting is still in its infancy; (3) Packaging and foodservice items are not always well received by industrial facilities; and (4) Composting both “bio” and legacy plastics is a non-circular activity that results in the production of greenhouse gases and little else.

As I wrote on November 1, 2022, for PlasticsToday, the polylactic acid (PLA) industry is beginning to back off its long-term claim of industrial compostability, and looks to set the material up for recycling and biomaterial claims. The bio-based resin claim may actually make sense, but only if its functional, economic, and environmental performance (in terms of lifecycle greenhouse generation) can exceed similar metrics for other plastics, specifically high-density polyethylene (HDPE), polypropylene (PP), polyethylene terephthalate (PET), and, in some cases, low-density polyethylene (LDPE). (I discussed this a bit more in the December 1, 2022, article here at Packaging Digest.)

Further, in a recent study published in Frontiers in Sustainability, researchers at University College London found that about 60% of home compostable plastic does not fully decompose, creating soil contamination. The study also found that consumers are confused by the meanings behind compostability claims:

I believe that we will continue to see compostable packaging introductions over the next year or two, followed by media and non-governmental organization (NGO) dissemination of negative information that will (rightly, in my opinion) move R&D where it needs to go: recycled/recycled containers, in many cases produced from bio, rather than fossil fuel, feedstocks.

3. Europe will continue to ride and lead the anti-greenwashing wave.

Per the dissatisfaction with compostability and other environmental claims, we are starting to see regulatory rumblings here in the US at the Federal Trade Commission, with the Securities and Exchange Commission (SEC) taking a surprising lead. For reference, in March of last year, the SEC proposed new climate-related disclosure requirements for public companies. Proposed rule amendments require public companies to provide certain climate-related financial data, and greenhouse gas emissions insights, in public disclosure filings.

But the real action is in Europe, both on the part of various countries as well as the European Union (EU) in general. For example, the French Climate and Resilience Law now targets claims about “…its quantity, method, and date of manufacture, the conditions for use and its fitness for its intended use, its properties and the results expected from its use, in particular its environmental impact, as well as the results and main characteristics of the tests and controls carried out on the relevant good or service.”

The French law is being co-opted by the EU in its updating of Directive 2005/29 on Unfair Commercial Practices to include the following:

• “Displaying a sustainability label [that] is not based on a certification scheme or not established by public authorities;

• “Making a generic environmental claim for which the trader is not able to demonstrate recognized excellent environmental performance relevant to the claim;

• “Making an environmental claim about the entire product when it actually concerns only a certain aspect of the product;

• “Omitting to inform the consumer about the existence of a feature of a good introduced to limit its durability;

• “Presenting products as allowing repair when they do not or omitting to inform the consumer that goods do not allow repair in accordance with legal requirements;

• “Claiming that a good has a certain durability in terms of usage time or intensity when it does not;

• “Omitting to inform that a good is designed to limit its functionality when using consumables, spare parts or accessories that are not provided by the original producer.”

Finally, per The Guardian, the European Commission is specifically seeking to ensure that products claiming to be “biobased,” “biodegradable,” or “compostable” meet minimum standards. To try to clamp down on greenwashing, consumers would be able to tell how long it takes an item to biodegrade, how much biomass was used in its production, and whether it is really suitable for home composting.

The EU also wants to tackle over-packaging. Proposed draft regulations state that starting in 2030, “each packaging unit will have to be reduced to its minimum size in terms of weight, volume and packaging layers, for example by limiting empty space.” Under these proposals, EU member states must reduce packaging waste per capita by 15% by 2040 vs. 2018.

Secondary packaging traditionally includes outer corrugated cartons, stretch and shrink film, cornerboards, and straps. But it might also include outer primary packaging like on-shelf paperboard cartons used for cosmetics such as face cream, health and beauty aids (HBA) such as toothpaste, and over-the-counter (OTC) items such as aspirin. There is a fear that the new regulations might lead to the removal of these cartons, creating merchandising and supply chain havoc.

Given the global nature of these businesses, packaging innovations in Europe designed to meet new regulations will drive similar innovations in North America. Frankly, this pattern has been repeated many times over the last 50 or so years. For example, both aseptic and flexible packaging began their introduction, growth, and acceptance on the Continent, where the need for source-reduced packaging was first taken seriously.