PE, PP Resin Prices to Remain Under Pressure in 2023 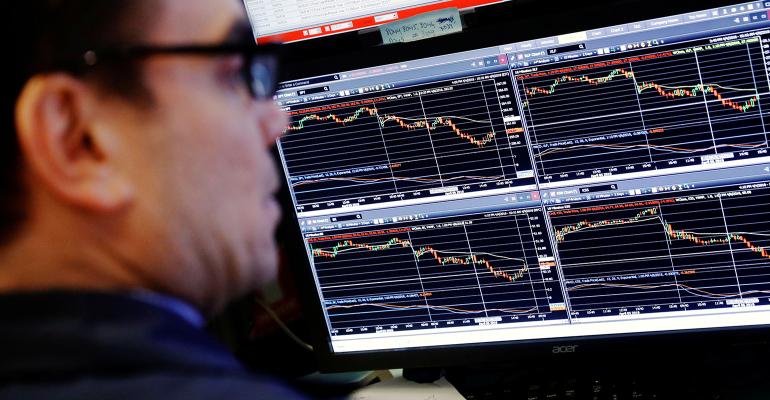 Rising resin capacity in the United States coupled with slower economic growth will keep a lid on prices and margins in the new year.

Heading into 2023, prices and margins for polyethylene (PE) and polypropylene (PP) in North America are likely to remain under downward pressure, as recent capacity expansions have come online at the same time as slower economic growth and fears of a recession are slowing demand.

US recession predicted in Q2 or Q3

Economists from Fitch Ratings are predicting that the United States will enter a recession in either the second or third quarter of 2023 caused by stubbornly high inflation rates. Central banks around the world spent most of 2020 and 2021 enacting stimulatory policies to counteract the negative impact of coronavirus containment measures. Now they are shifting to more restrictive policies to curb inflation, which is running ahead of central bank targets both in North America and across the world. In 2023, it’s likely that we will see central banks continuing their efforts to bring down inflation, meaning that interest rates are likely to remain comparatively high.

North America’s PE and PP suppliers are starting up new capacities even as high inflation and recession fears are weakening the demand outlook for both products.

The US PE industry is currently at the tail end of a second wave of new capacity expansions. From a new PE plant near Corpus Christi, TX, in Q4 2021 operated by Gulf Coast Growth Ventures, a joint venture between ExxonMobil and Sabic, to Shell’s Monaca, PA, plant in 2022, the industry has been rapidly expanding. In early 2023, Bayport Polymers is expected to begin operations at its new plant in Bayport, TX, with the expected startup of Nova’s Advanced Sclairtech 2 unit in Sarnia, ON, rounding out the second wave of new capacity.

Highs and lows in resin margins

For both PE and PP producers, 2021 was an exceptional year for margins: Demand was strong while supplies were tight, owing to significant supply disruptions stemming from the February 2021 Texas freeze, an active 2020/2021 Atlantic hurricane season, and supply restrictions/demand increases from the COVID-19 pandemic.

Between June 2020 and June 2021, the spread between PP and propylene monomer rose by 36 cents/lb while PE contract prices jumped by 65 to 67 cents/lb over the same time period. As production costs remained largely stable during that period, these gains were almost entirely margin enhancements, leaving polyolefins producers with record profit levels.

Prices and margins narrowed in 2022 from the record high points seen in 2021, especially in the second half of the year, as weaker economic growth slowed overall consumption. The 2022 Atlantic hurricane season was relatively mild, with no major storms making landfall in Texas or Louisiana, home to the bulk of US PP and PE production. Milder weather in the region helped extend supplies, especially as buyers typically stock up on inventory ahead of hurricane season, which later needed to be drawn down in the absence of major storms affecting production.

Over the course of 2022, PE contract prices rose 7 cents/lb between January and May before falling by a total of 12 cents/lb during the second half of the year, to wrap the year down 5 cents/lb for 2022. Spreads between PP and propylene monomer, meanwhile, fell by 18 cents/lb over the course of 2022 and were down 27 cents/lb compared to the June 2021 peak.

Heading into 2023, margins are anticipated to remain pressured resulting from lengthening supply and slowing demand. Propylene chain margins are nearing a trough, as propane dehydrogenation (PDH) margins are at, or near, break-even levels. While PDH units make up only around 12% of US propylene production, they are a key metric for the industry, as the majority of US propylene is produced as a by-product of refineries and steam crackers.

Spreads between PE and PP are also expected to remain pressured, although it is projected that spreads will see only modest erosion during 2023.

While benchmark PE contracts were down a net 5 cents/lb at the end of 2022 relative to the start of the year, volume-weighted average costs of producing ethylene jumped from an average of 15.9 cents/lb in 2021 to 24.9 cents/lb in 2022, compressing margins for integrated PE producers. We’re likely to see the volume-weighted average cost of producing ethylene ease to an average of 22 cents/lb in 2023, although this could change in the event of stronger than anticipated economic growth or unusually cold weather over the next few months. Expectations are that PE margins could also be near a trough, with a likelihood that PE prices will closely track changes in integrated production costs over the next year.