How the Supply Chain Broke, and Why It Won’t Be Fixed Anytime Soon 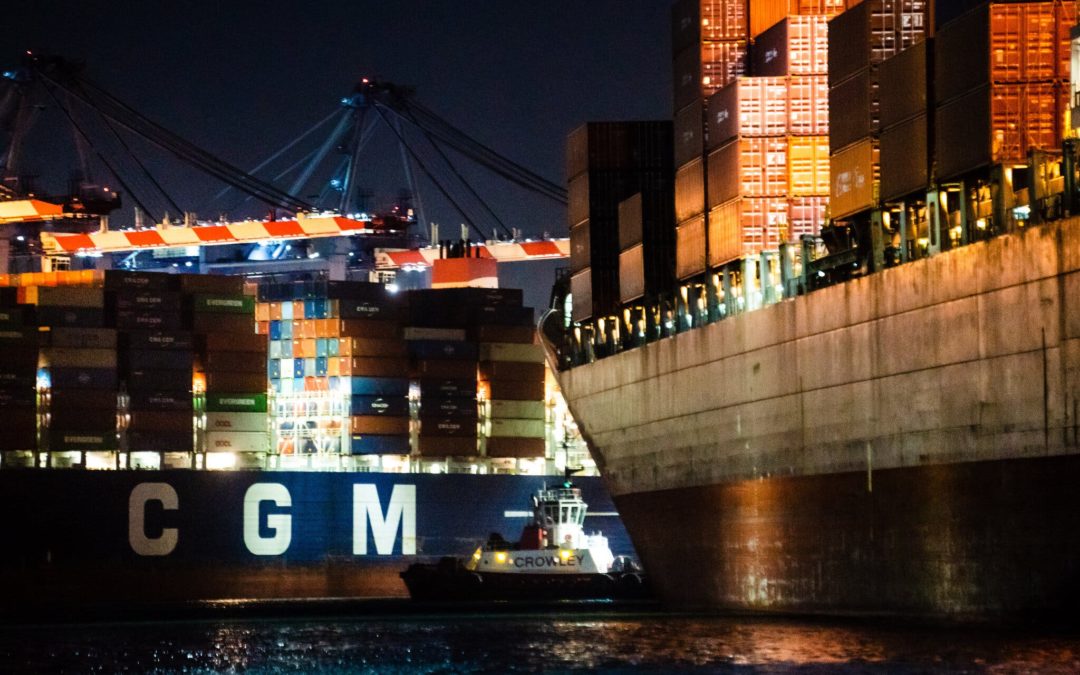 In an era in which we’ve become accustomed to clicking and waiting for whatever we desire to arrive at our doors, we have experienced the shock of not being able to buy toilet paper, having to wait months for curtains and needing to compromise on the color of our new cars.

Why is this happening?

The pandemic has disrupted nearly every aspect of the global supply chain — that’s the usually invisible pathway of manufacturing, transportation and logistics that gets goods from where they are manufactured, mined or grown to where they are going. At the end of the chain is another company or a consumer who has paid for the finished product. Scarcity has caused the prices of many things to go higher.

When did this start?

The disruptions go back to early last year, to the beginning stages of the pandemic. Factories in parts of the world where a lot of the globe’s manufacturing capacity sits — places like China, South Korea and Taiwan as well as Southeast Asian nations like Vietnam and European industrial giants like Germany — were hit hard by the spread of coronavirus cases. Many factories shut down or were forced to reduce production because workers were sick or in lockdown. In response, shipping companies cut their schedules in anticipation of a drop in demand for moving goods around the world.

That proved to be a terrible mistake. Demand for some things — restaurant meals, trips to vacation destinations, spa services — indeed cratered.

But Americans took the money they used to spend on such experiences and redirected it to goods for their homes, which were suddenly doubling as offices and classrooms. They put office chairs and new printers in their bedrooms, while adding gym equipment and video game consoles to their basements. They bought paint and lumber for projects that added space or made their existing confines more comfortable. They added mixers and blenders to their kitchens, as parents became short-order cooks for cooped-up children. The timing and quantity of consumer purchases swamped the system. Factories whose production tends to be fairly predictable ramped up to satisfy a surge of orders.

Many did, but this produced its own troubles. Factories generally need to bring in components to make the things they export. For example, a computer assembled in China may require a chip made in Taiwan or Malaysia, a flat-panel display from South Korea and dozens of other electronics drawn from around the world, requiring specialized chemicals from other parts of China or Europe.

The steep surge in demand clogged the system for transporting goods to the factories that needed them. At the same time, finished products — many of them made in China — piled up in warehouses and at ports throughout Asia because of a profound shortage of shipping containers, the standard-size steel boxes that carry goods on enormous vessels.

What happened to all the giant container ships?

In simplest terms, they got stuck in the wrong places. In the first phase of the pandemic, as China shipped huge volumes of protective gear like masks and hospital gowns all over the world, containers were unloaded in places that generally do not send much product back to China — regions like West Africa and South Asia. In those places, empty containers piled up just as Chinese factories were producing a mighty surge of other goods destined for wealthy markets in North America and Europe.

Because containers were scarce and demand for shipping intense, the cost of moving cargo skyrocketed. Before the pandemic, sending a container from Shanghai to Los Angeles cost perhaps $2,000. By early 2021, the same journey was fetching as much as $25,000. And many containers were getting bumped off ships and forced to wait, adding to delays throughout the supply chain. Even huge companies like Target and Home Depot had to wait for weeks and even months to get their finished factory wares onto ships.

Meanwhile, at ports in North America and Europe, where containers were arriving, the heavy influx of ships overwhelmed the availability of docks. At ports like Los Angeles and Oakland, Calif., dozens of ships were forced to anchor out in the ocean for days before they could load and unload. At the same time, truck drivers and dockworkers were stuck in quarantine, reducing the availability of people to unload goods and further slowing the process. This situation was worsened by the shutdown of the Suez Canal after a giant container ship got stuck there, and then by the closings of major ports in China in response to new Covid-19 cases.

How the Supply Chain Crisis Unfolded

The pandemic sparked the problem. The highly intricate and interconnected global supply chain is in upheaval. Much of the crisis can be traced to the outbreak of Covid-19, which triggered an economic slowdown, mass layoffs and a halt to production. Here’s what happened next:

A reduction in shipping. With fewer goods being made and fewer people with paychecks to spend at the start of the pandemic, manufacturers and shipping companies assumed that demand would drop sharply. But that proved to be a mistake, as demand for some items would surge.

Demand for protective gear spiked. In early 2020, the entire planet suddenly needed surgical masks and gowns. Most of these goods were made in China. As Chinese factories ramped up production, cargo vessels began delivering gear around the globe.

Then, a shipping container shortage. Shipping containers piled up in many parts of the world after they were emptied. The result was a shortage of containers in the one country that needed them the most: China, where factories would begin pumping out goods in record volumes

Labor shortages. Businesses across the economy, meanwhile, struggled to hire workers, including the truck drivers needed to haul cargo to warehouses. Even as employers resorted to lifting wages, labor shortages persisted, worsening the scarcity of goods.

Component shortages. Shortages of one thing turned into shortages of others. A dearth of computer chips, for example, forced major automakers to slash production, while even delaying the manufacture of medical devices.

A lasting problem. Businesses and consumers reacted to shortages by ordering earlier and extra, especially ahead of the holidays, but that has placed more strain on the system. These issues are a key factor in rising inflation and are likely to last for months — if not longer.

Many companies responded to initial shortages by ordering extra items, adding to the strains on the ports and filling up warehouses. With warehouses full, containers — suddenly serving as storage areas — piled up at ports. The result was the mother of all traffic jams.

What exactly is in short supply?

Just about anything that is produced or manufactured — from chemicals to electronics to running shoes. Shortages beget more shortages. A paint manufacturer that needs 27 chemicals to make its products may be able to buy all but one, but that one — perhaps stuck on a container ship off Southern California — may be enough to halt production.

Why are new cars so hard to find?

Cars use computer chips — lots of them — and the shortages of chips have made it more difficult to produce vehicles. In turn, that has made it harder and more expensive to buy cars.

Why are some food pantries running short of goods for hungry people?

The global supply chain shortages have affected aid groups and nonprofits by making it more difficult for them to acquire excess inventory from profit-making companies that are themselves dealing with supply chain issues.

Is this really all the pandemic’s fault?

The pandemic has certainly made supply and demand extremely volatile, shifting faster than the supply chain can adjust. But that came on top of decades of very lean inventories kept by companies to limit their costs.

A dollar that a car company spends to warehouse computer chips as a hedge against supply chain troubles is a dollar that it cannot use on something else, including bonuses for executives or dividends for shareholders. Monopolistic tendencies also help explain shortages. Beef is scarce and prices are high, but this is largely because meatpackers have consolidated and eliminated capacity as a way to bolster prices and profitability. These sorts of choke points exist throughout the supply chain.

When will the shortages end?

No one really knows, but there are good reasons to suspect that this will be with us well into 2022 and maybe longer. Shortages and delays are likely to affect this year’s Christmas and holiday shopping season by making it much harder to find key goods. A lot of companies ordered earlier, which is exacerbating the shortages, sending more surges of goods toward ports and warehouses.

Global Supply Chain Disruption
‘It’s Not Sustainable’: What America’s Port Crisis Looks Like Up Close
Oct. 10, 2021
‘I’ve Never Seen Anything Like This’: Chaos Strikes Global Shipping
March 6, 2021
How the World Ran Out of Everything
June 1, 2021

A version of this article appears in print on Oct. 23, 2021, Section B, Page 1 of the New York edition with the headline: How the Global Supply Chain Failed. Order Reprints | Today’s Paper | Subscribe
The original article can be found HERE