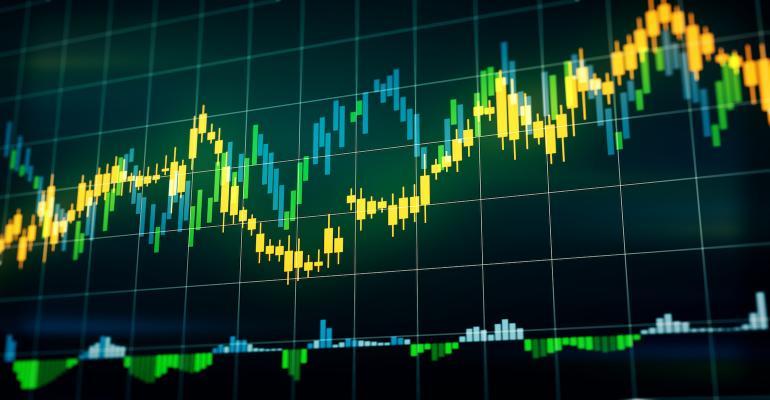 Spot Prime polyethylene (PE) and polypropylene (PP) prices rose another penny the week of April 18 under the influence of processor demand, limited prompt resin supplies, and elevated feedstock costs, according to the PlasticsExchange. Fresh producer offers were fairly limited, although some prime PE railcars were available. A steady flow of off-grade PP railcars rolled through, and much of the resin was sold via auctions where it was bid up steeply by resellers competing for material. Export offers were sporadic as incremental ship space remained limited and Houston warehouses were mostly full of producer- or exporter-owned material destined for overseas shipment reports the PlasticsExchange in its weekly Market Update.

Another producer issued a force majeure last week, this time for high-density (HD) PE out of Louisiana. The fresh force majeure comes just a week after a major resin producer issued one on all of its polymer products because of railroad congestion. Demand for North American trucks has seen an uptick from the petrochemical and resin industry caused by railroad traffic allocations. The strain on rail congestion already pushed one major industry logistics provider to announce a railcar surcharge earlier in the month. This is on top of escalating packaging and warehouse fees writes the Chicago-based resin clearinghouse.

One influential pricing index estimated that April PE contracts would roll flat in the face of the current six to seven cent increase, which seemed to douse the flames of the market’s upward momentum, at least for the moment, notes the PlasticsExchange. Producers did not seem to like that call, as by mid-month the spot market had already been taking $0.02 to 0.04/lb of the April increase in stride, and producers had just nominated another six to seven cent increase for May.

PE trading was a bit more active than in recent weeks, but volumes still only ran about average to the pace seen so far in 2022, according to the PlasticsExchange. Spot Prime prices notched up another cent, as demand was solid and supplies remained tight. While production had increased in March, much heavier exports also flowed. Uncommitted reseller inventories were seen as relatively light, as delayed railcars sparked a run on promptly available resin. Material availability is likely to come under further strain following the fresh HDPE force majeure out of Louisiana for pressure pipe application and limited low-density (LD) PE out of Mexico for the next few weeks following a plant issue.

PE producers continued their collective push for an April price increase of $0.06 to 0.07/lb, and the balance of major producers nominated another $0.06 to 0.07/lb increase for May for a two-month total of $0.12 to 0.14/lb. LDPE Film grades were the largest movers last week at the PlasticsExchange trading desk. HDPE sales were described as good, but reduced from recent weeks and well spread between Blow Mold and Injection grades. Linear-low-density PE film grades suffered from a lack of competitive supply.

Preliminary numbers showed March PE exports up roughly 30% from February, but logistical constraints remain as Houston warehouses are still packed with resin, empty railcars are scarce, key rail lines are congested, and trucks are in short order. All of that lends itself to additional upward pricing pressure for PE.